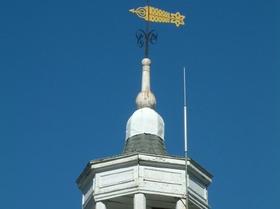 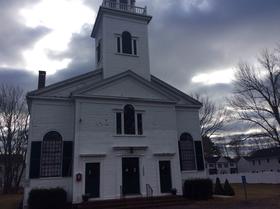 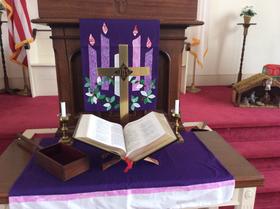 The Scotland Church was organized on October 17, 1821. The beautiful old New England church building was built in the fall of 1822 and dedicated on January 29, 1823. It is the oldest church building in Bridgewater.

A Parish Society was formed on October 23, 1821 for the purpose of erecting a meeting house for the Scotland Church. When the church was completed, Rev. Ebenezer Gay was chosen pastor. He was an able and faithful minister.  Under his leadership the church grew in membership and church attendance.

The bell that hangs at Scotland Trinitarian Congregational Church was first hung in 1822 and is still in working order today.

In 1914, the church was lighted with electricity.

In 1921, the church became incorporated as a society.

On January 14, 1974, fire destroyed the church hall and kitchen.